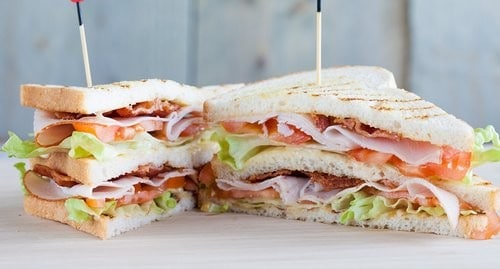 You settle into your hotel room after a long day of travel and pull out the room service menu. The turkey club is shouting your name. Then you see the price and the shout falls to a whisper. According to TripIndex, a survey of 150 major hotels revealed the average price of a club sandwich ordered from room service runs about $16. That’s before a common service fee of 15% and an “in-room dining” charge typically ranging from $5-$12. Include tax and that turkey club could set you back $25 or more. The hotel folks know you’re tired, hungry and willing to overspend just to avoid having to put your shoes back on. It’s an unabashed money-grab, right? Not so according to Robert Mandelbaum of PKF Hospitality Research who says room service actually is not profitable.

It may be hard to swallow that that $25 club sandwich doesn’t pay for itself but it doesn’t according to Mandelbaum. For hotels, room service is inefficient. Keeping a kitchen open and staffed 24/7 is an expensive proposition. It costs a hotel more to produce a club sandwich under this scenario than it does for a restaurant operating during normal dining hours with predictable customer flow. So what’s the connection to litigation funding? The answer is our assumptions about pricing. Without knowing anything other than price, we assume the club sandwich that sells for $25 at the hotel is a rip off because we can get the same sandwich for $8 at the diner. But, what we don’t know is that the diner makes money when it sells a club sandwich and the hotel does not, even though it charges three times as much! So here’s what we do know: price reveals only so much about a transaction.

In the case of litigation funding, some, if not many, see it as a $25 turkey club and are outraged. If Wells Fargo charges 7.5% APR for a personal loan, why are funding companies charging 4 to 10 times that? The short answer is good luck getting a personal loan from Wells Fargo. The long answer is that the two transactions are hardly analogous: 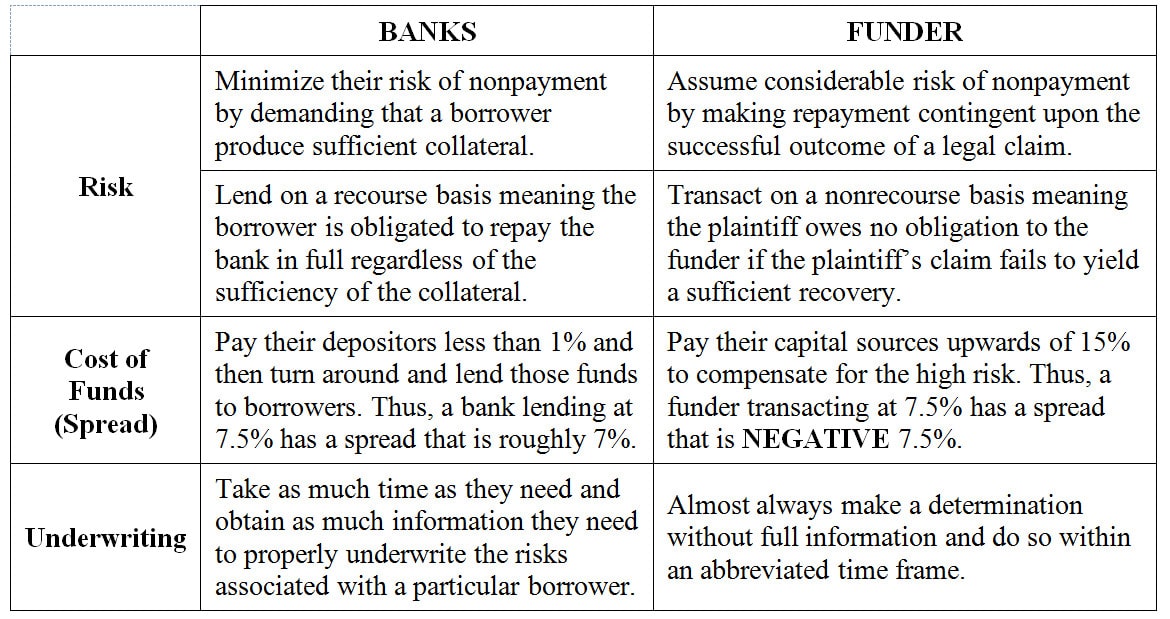 Here’s the bottom line: If you’re a guest in a hotel that offers a turkey club for $25, that’s not an unreasonable price. When it comes to litigation funding, the same applies. Of course, in the latter context, we’re talking about more than club sandwiches. To state the obvious, there is no parallel between the weary traveler contemplating room service and the injured individual contemplating survival in the face of physical and financial hardship.